A few days ago I found something really interesting in the dumpster! A coherent laser source! I immedately got home and hooked it up.

These Laser sources are really expensive units made to output high-stability lasers to be used in Ion sources in mass spectrometers and similar appliences.

The Sapphire lineup of Coherent was made as a high stability, rather low power lineup. The current products can be found on their website.

These range from 20 to 500 mW optical output power. But the laser diodes they use inside can do much more, but because stability is theier main goal with those lasers, the diodes are way underpowered.

“Sapphire LP is a series of compact CW visible lasers basedon Coherent’s unique OPSL (Optically Pumped SemiconductorLaser) technology. OPSL technology not only provides established legacy wavelengths of ion and diode-pumped solid-state lasers, but their scalability also allows for customized wavelengths to be developed and tailored to a specific application.” 1

These lasers are really interesting, because using active regions including GaInP, GaAs, InGaAs and GaInNAs — in principle allows devices to be fabricated for any specific wavelength from 670 to 1500 nm. Effective pumping can be provided by commercially available pump diodes that emit at 650 to 670, 808 and 980 nm. Intracavity doubling/tripling can generate output wavelengths down to the UV. The Coherent Sapphire laser based on this technology, with an output of 20 mW at 488 nm in a package slightly bigger than a computer mouse, is now available. 2

But how does it work?

These Lasers are, as we already discussed not just simple laser diodes. They use an OPS (optically pumped silicon) chip to convert usual wavelengths to something unusual like 488nm and similar.

“In an OPS laser, pump light from a direct-coupled single emitter or fiber-coupled laser-diode array is re-imaged into the front surface of the OPS chip (see Fig. 1). This monolithic III-V semiconductor chip contains layers of tertiary indium gallium arsenide (InGaAs) quantum wells alternated between binary gallium arsenide (GaAs) layers. The binary layers are optimized to efficiently absorb pump radiation, resulting in a high population of charge carriers. This leads to population inversion and recombination in the quantum wells, which emit at a wavelength determined by the stoichiometry and physical dimensions of the quantum-well structures. Behind these absorption/emission layers are several alternating high-index and low-index layers that act as a low-loss distributed-Bragg-reflector (DBR) mirror optimized for the specific OPS output wavelength.” 3 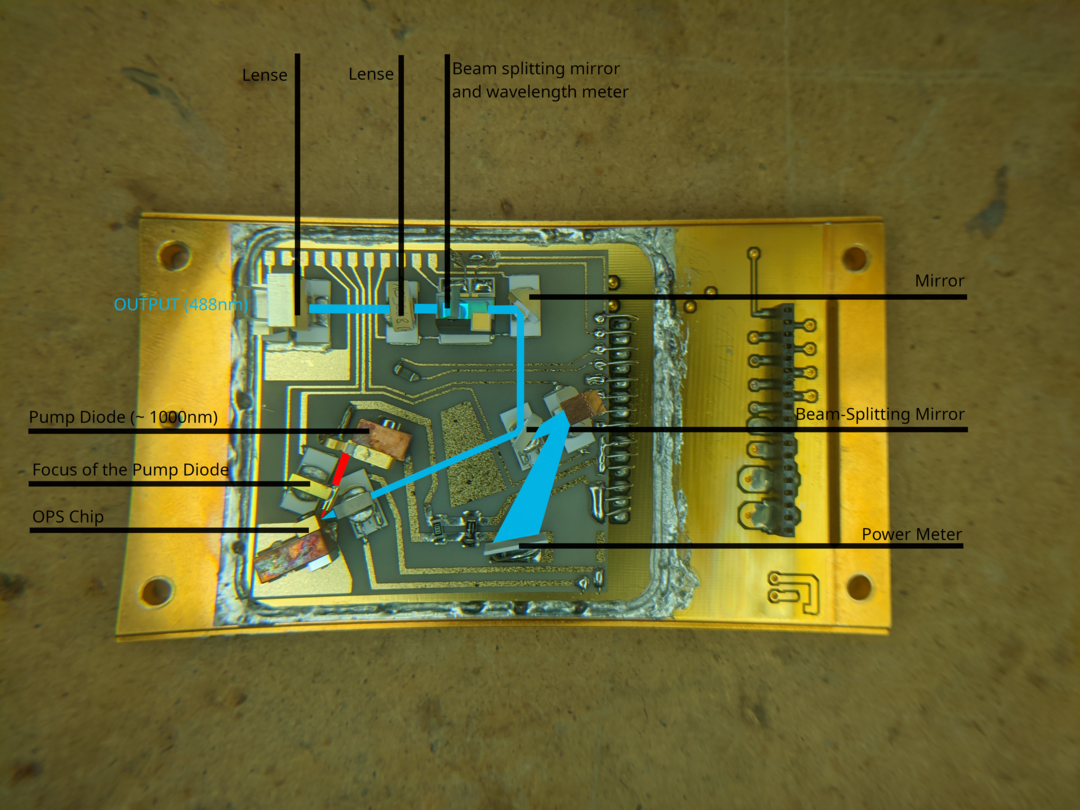 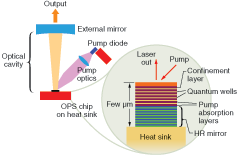 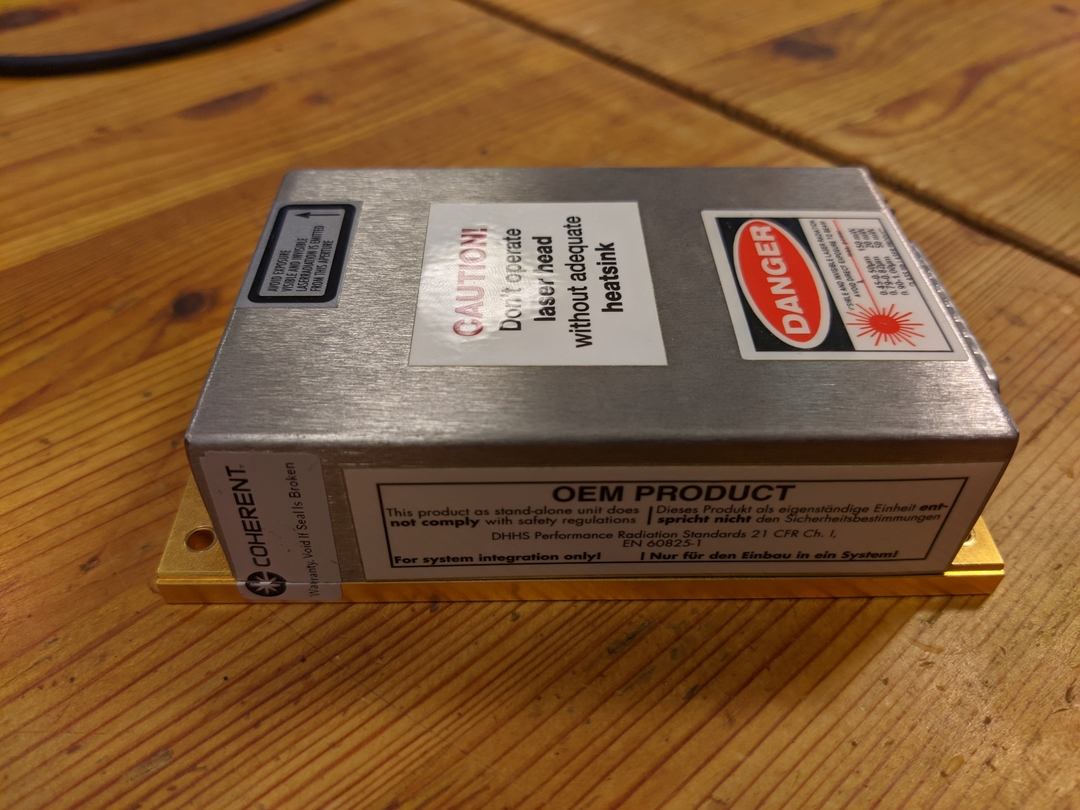 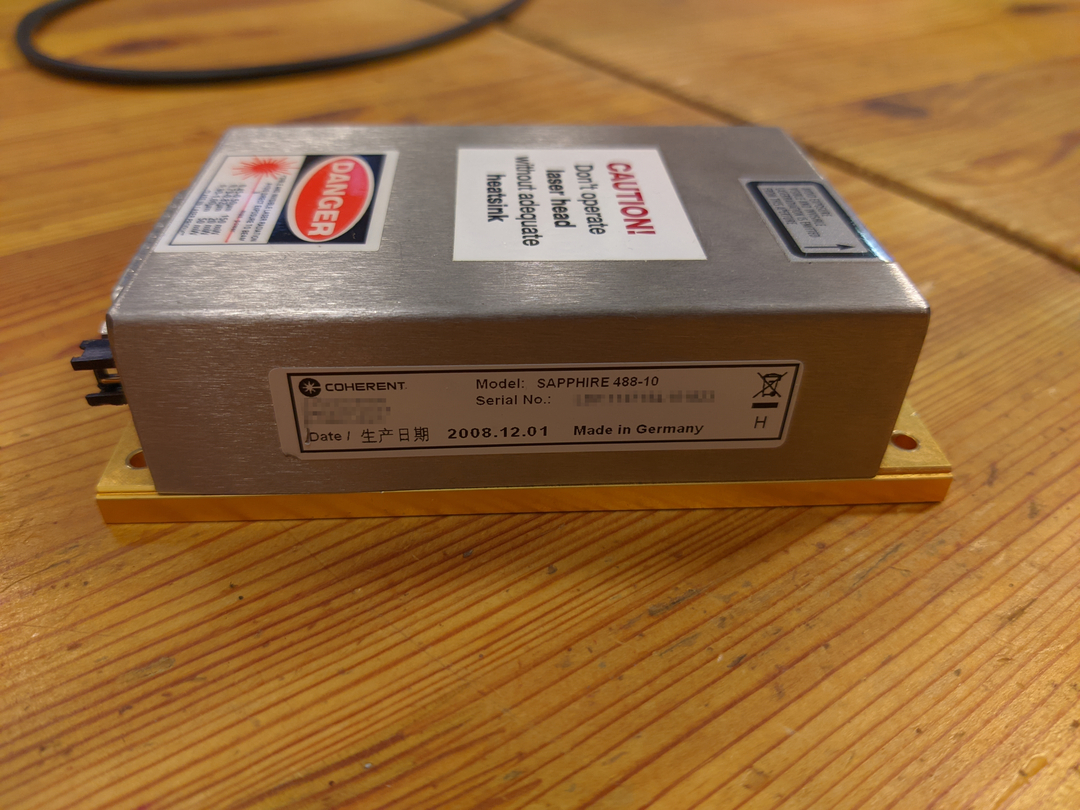 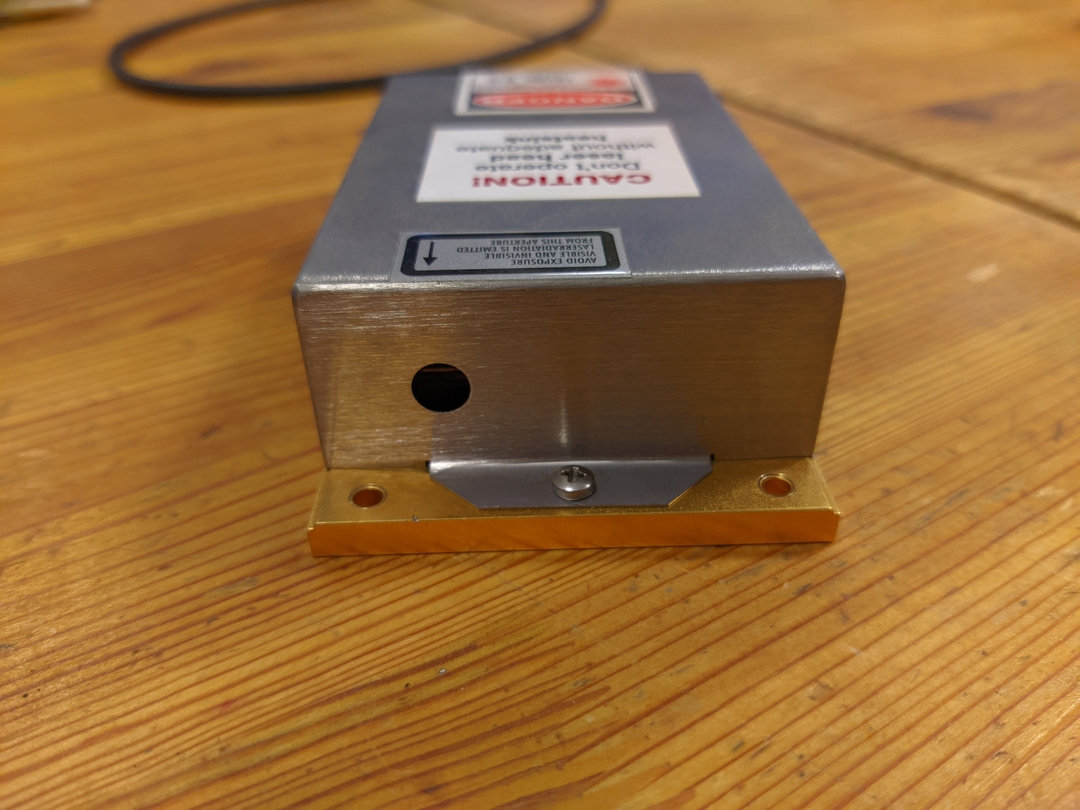 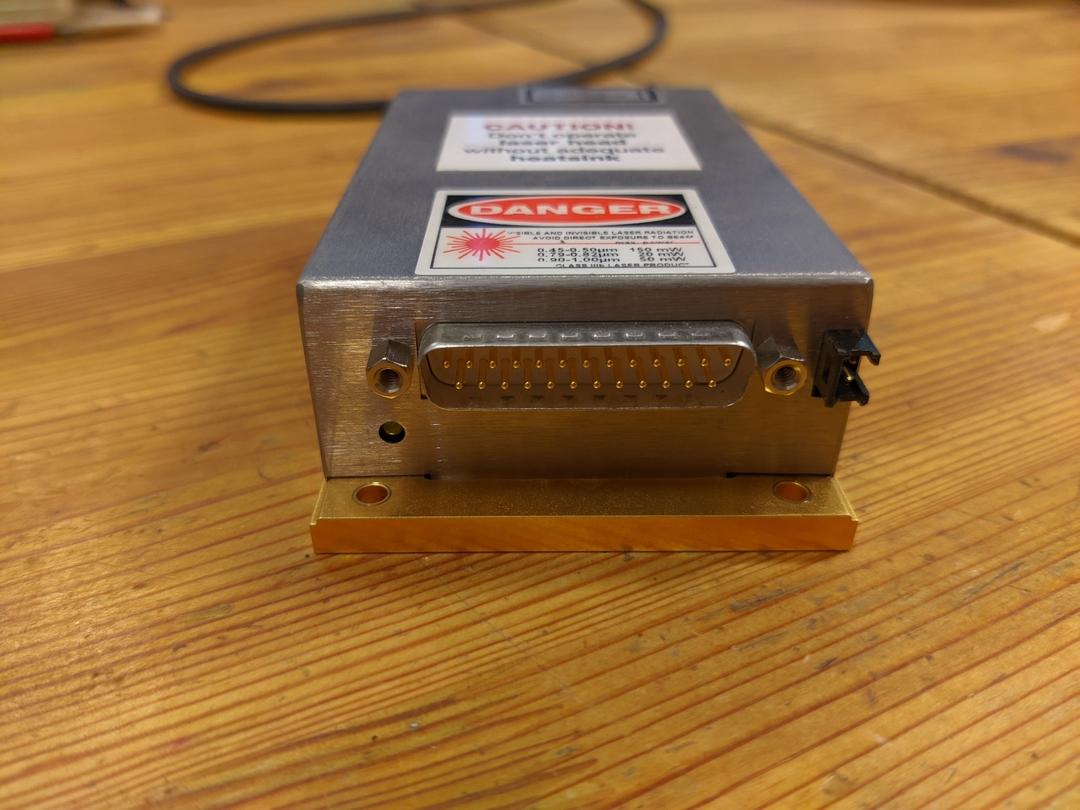 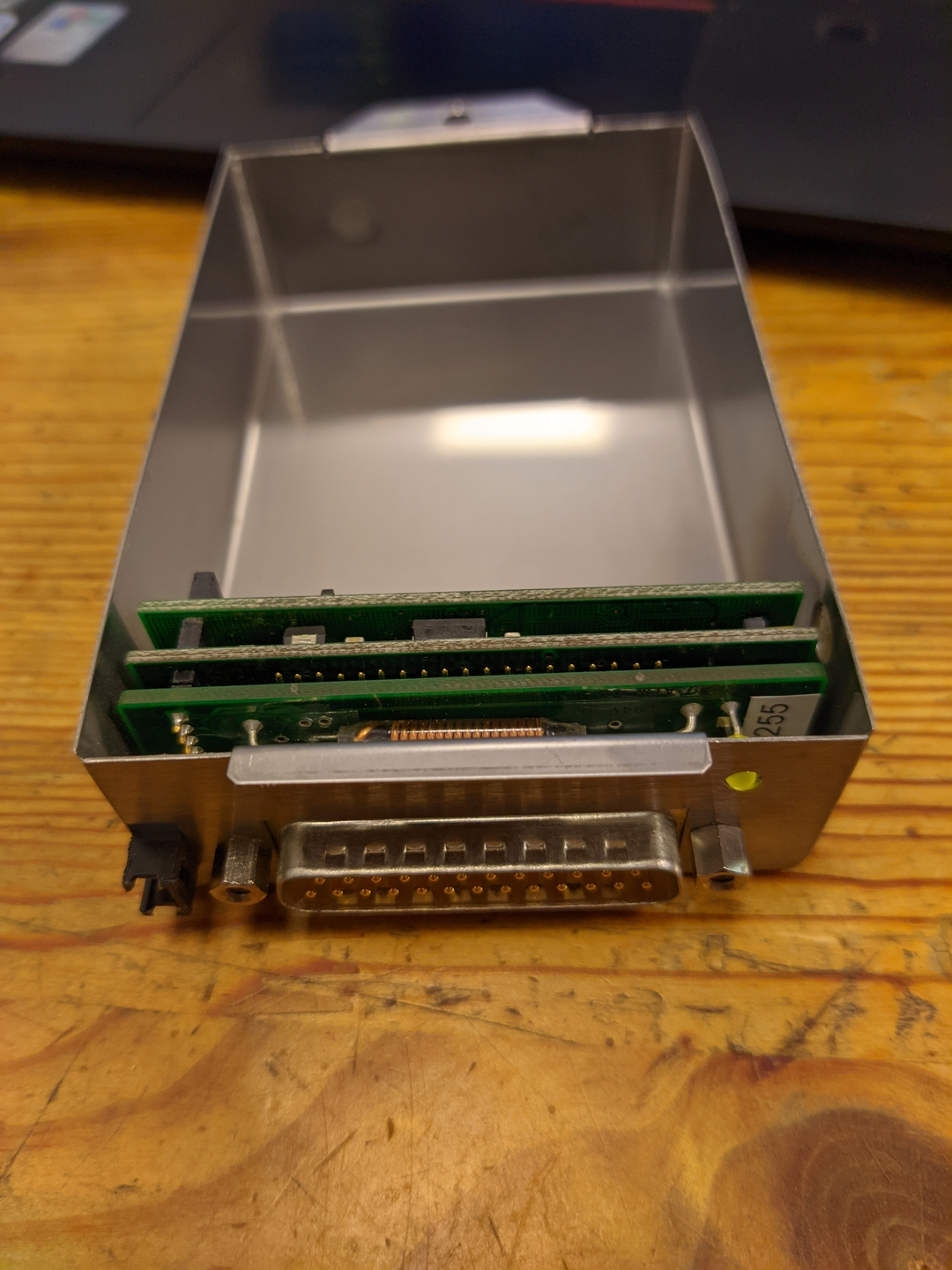 To get this thing appart I firstly had to build a hot plate, since I do not own one, so I got myself a water heater and connected my 60v supply to it and heated it up, so I could remove the copper shield - and yes - this laser does not work otherwise this would have killed it now, since the atmosphere in such a laser is a non reactive gas (most likely argon). 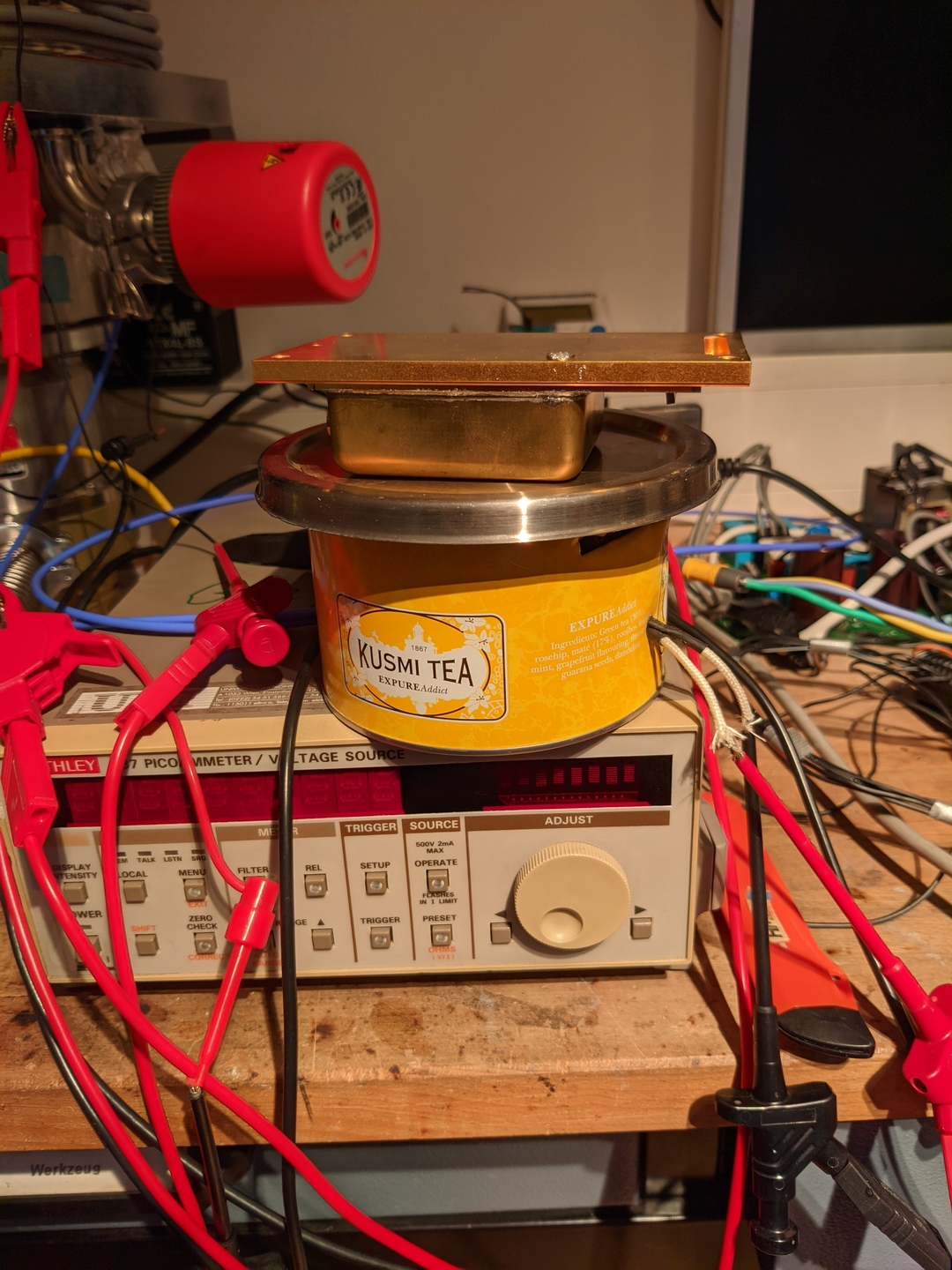 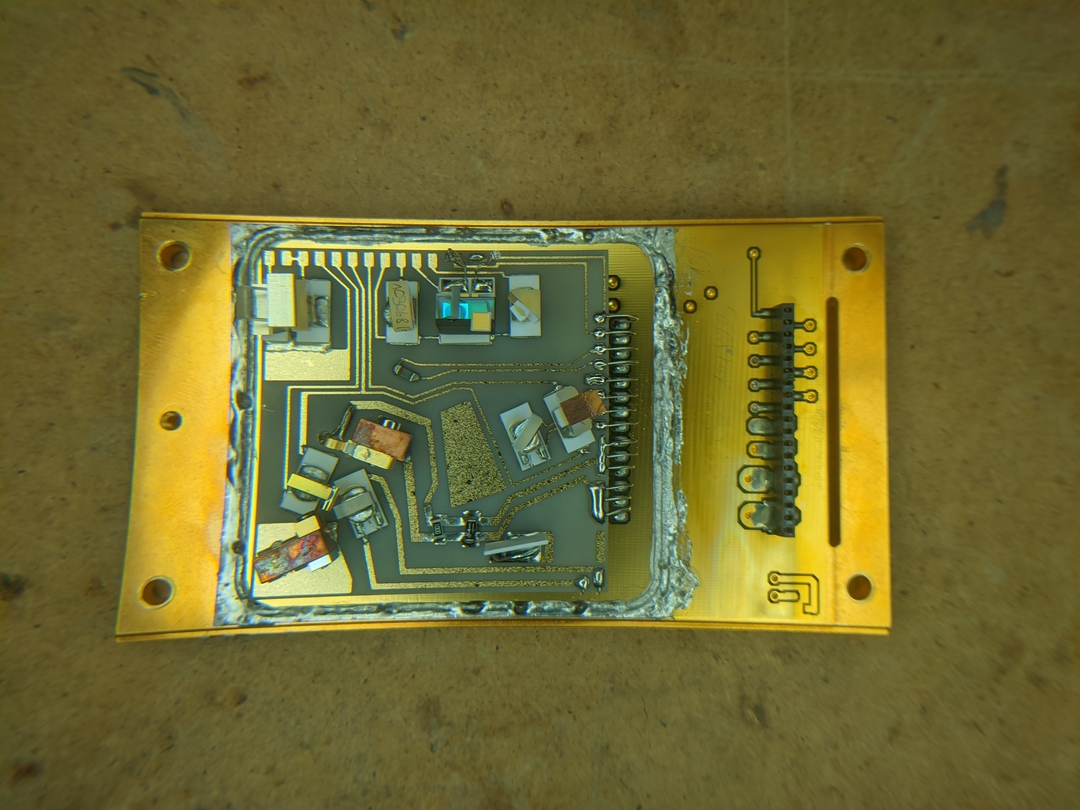 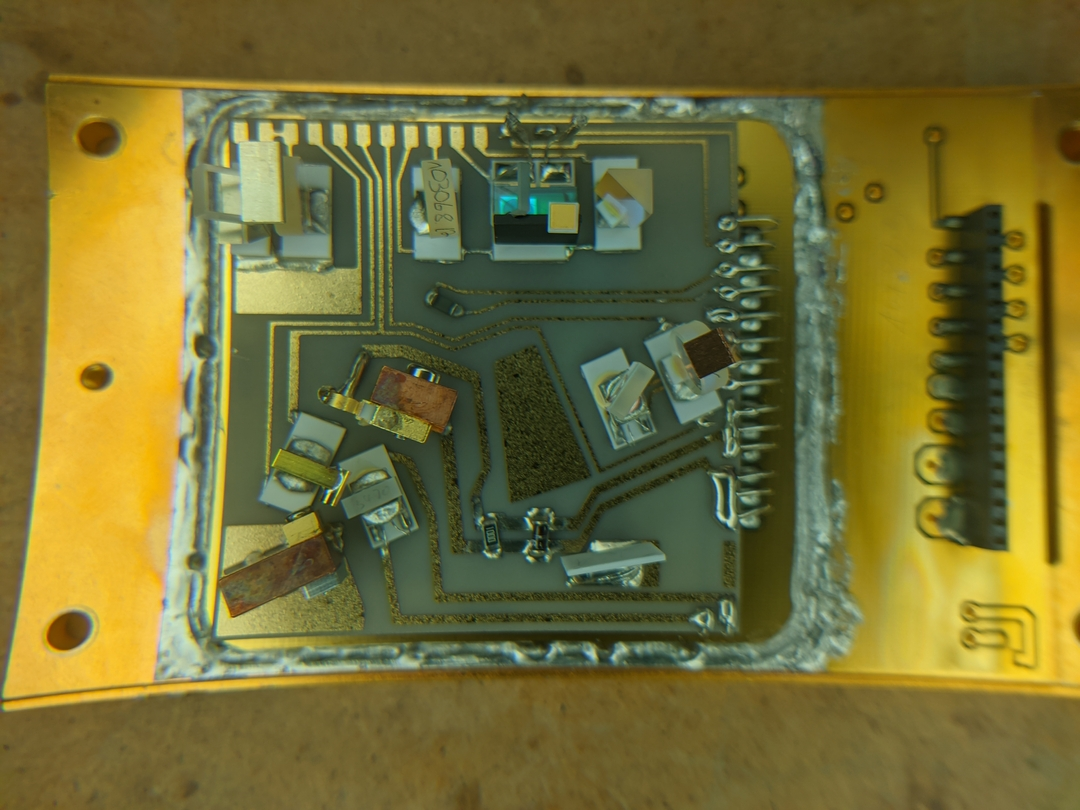 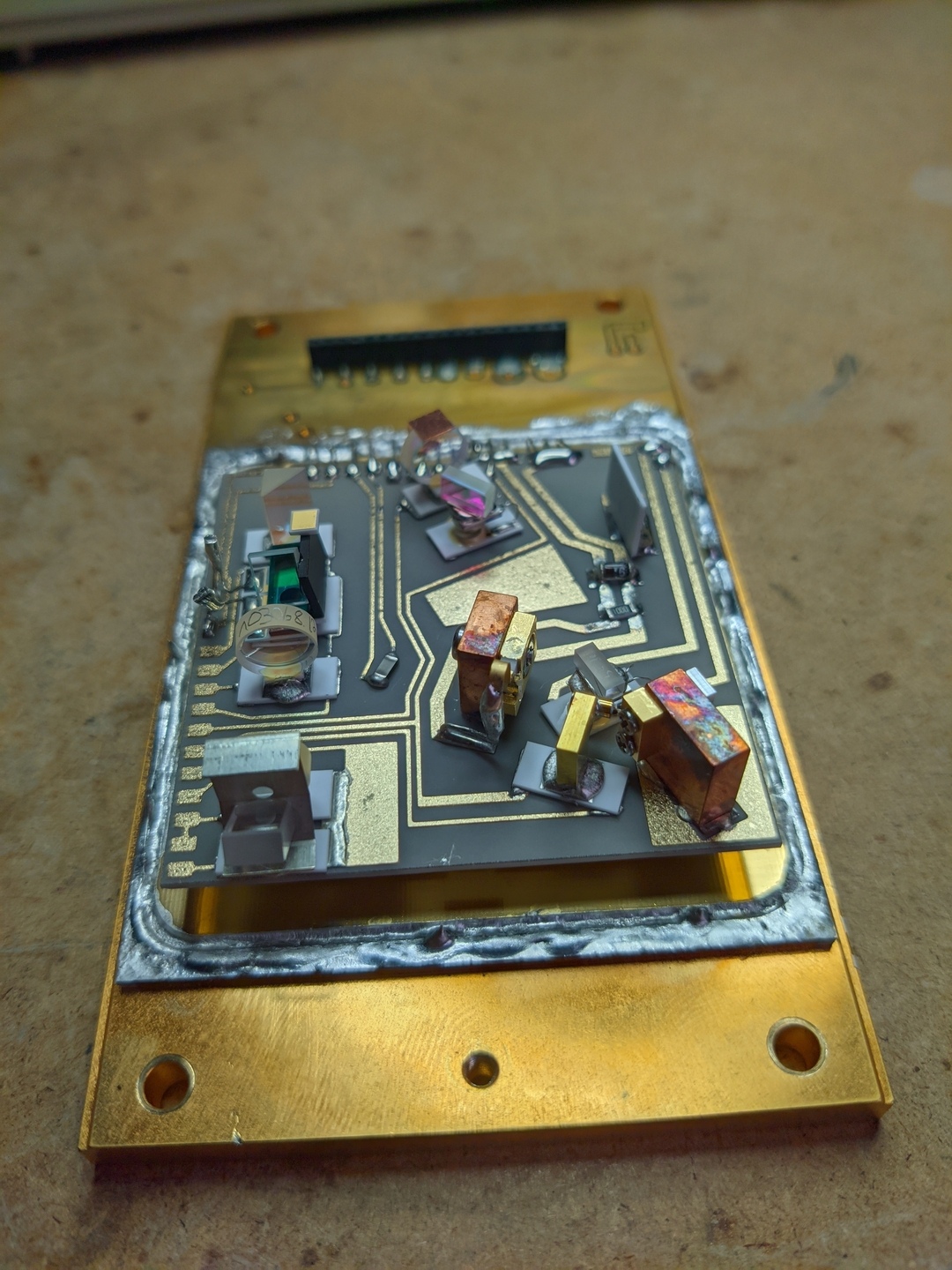 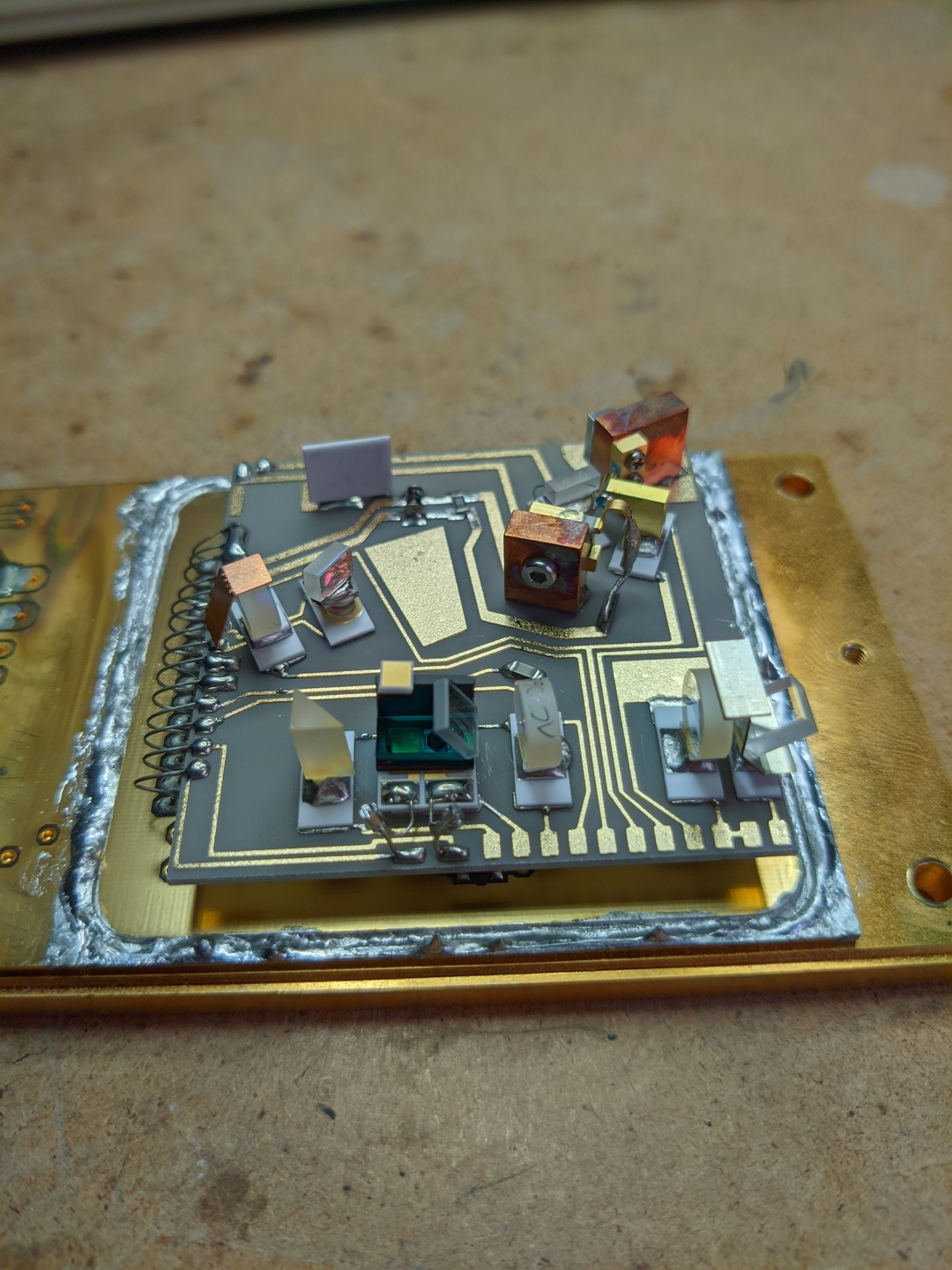 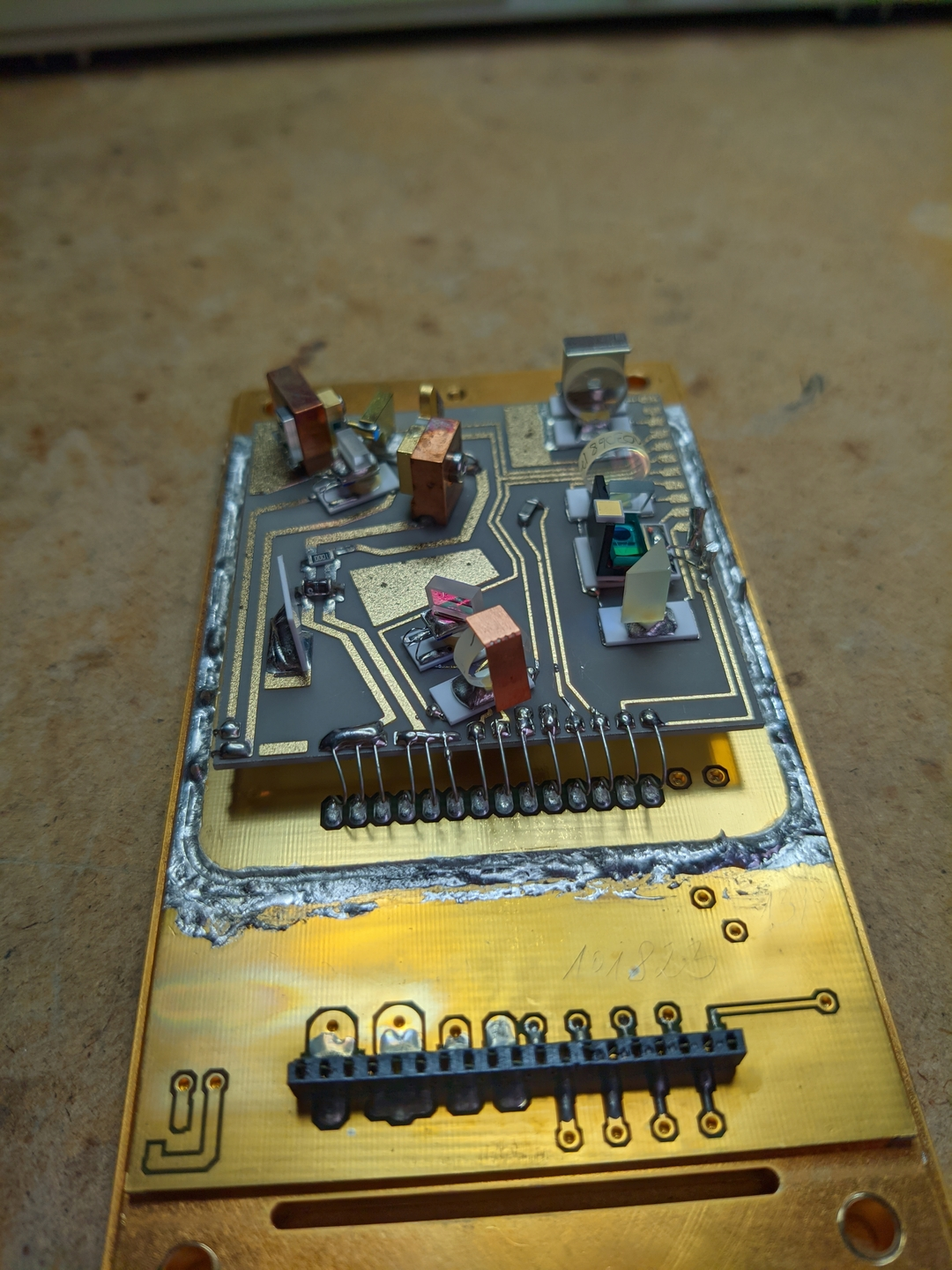 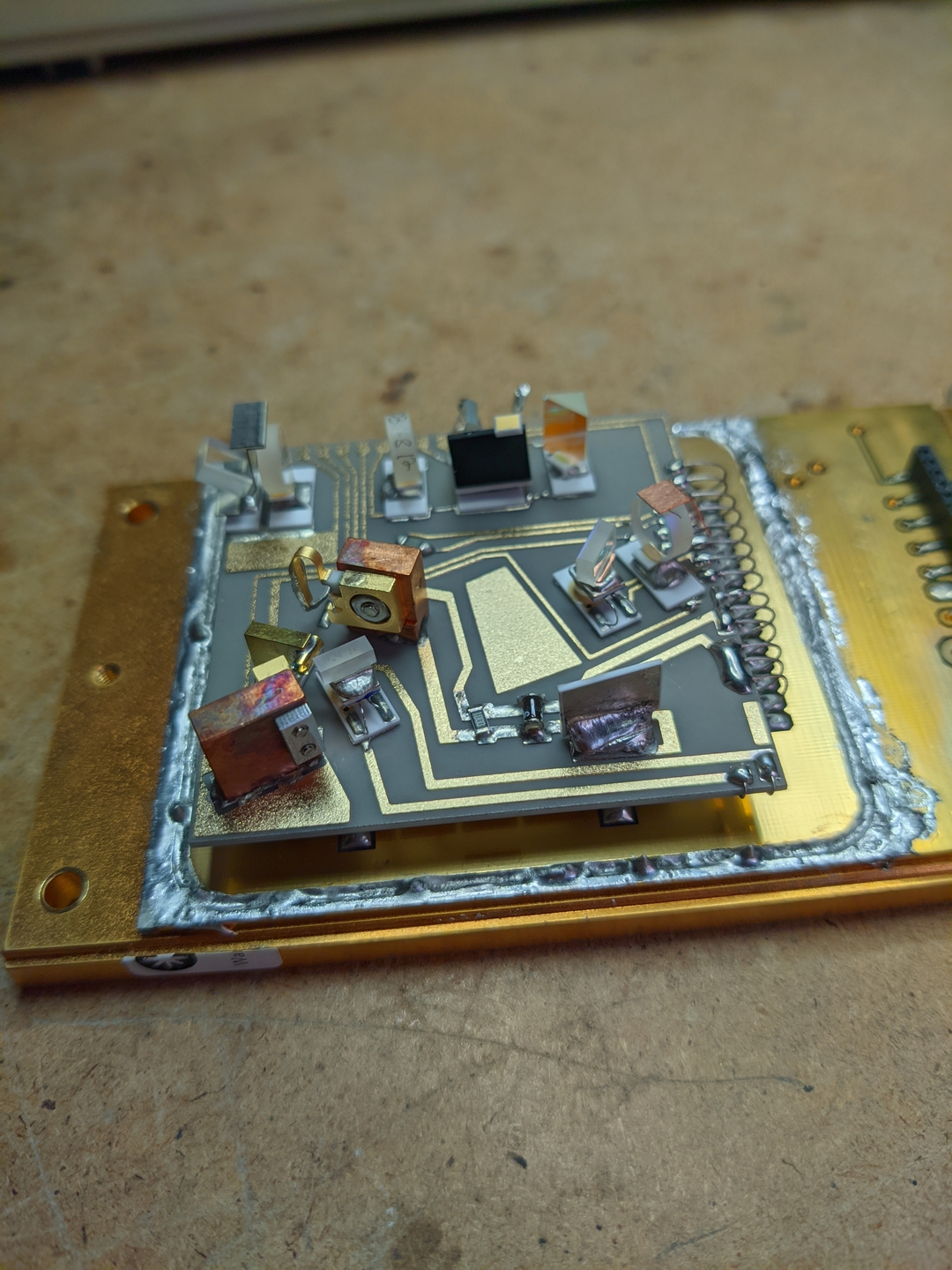 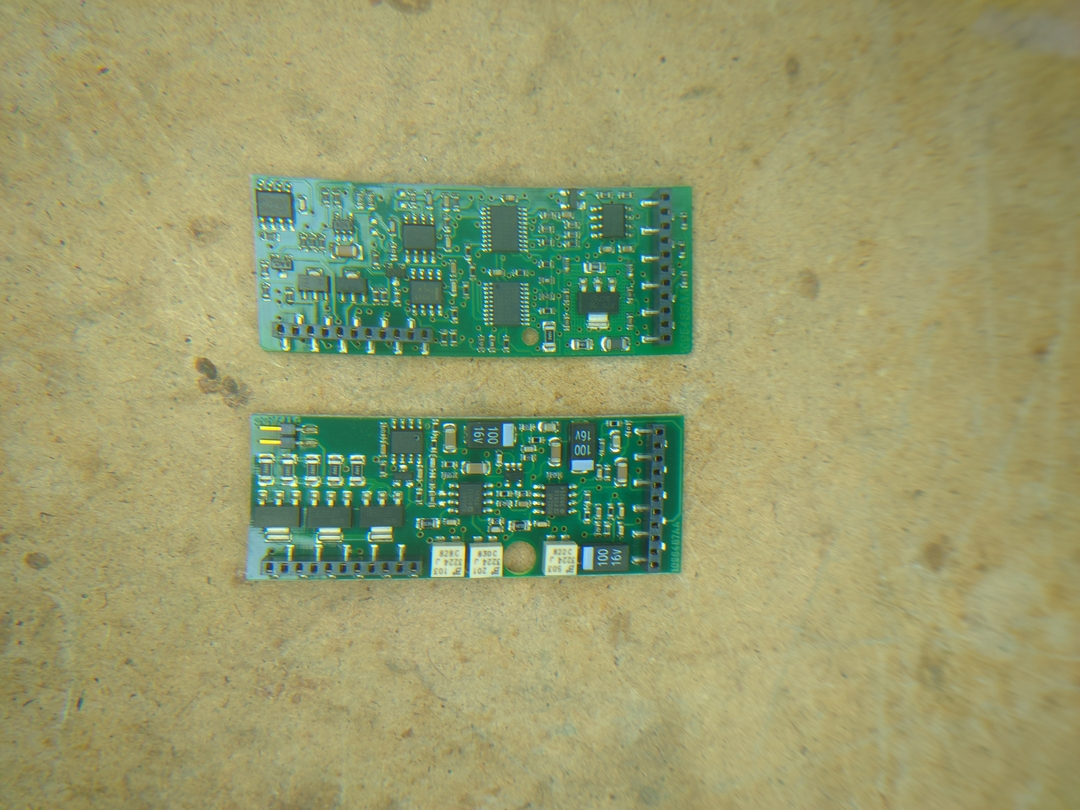 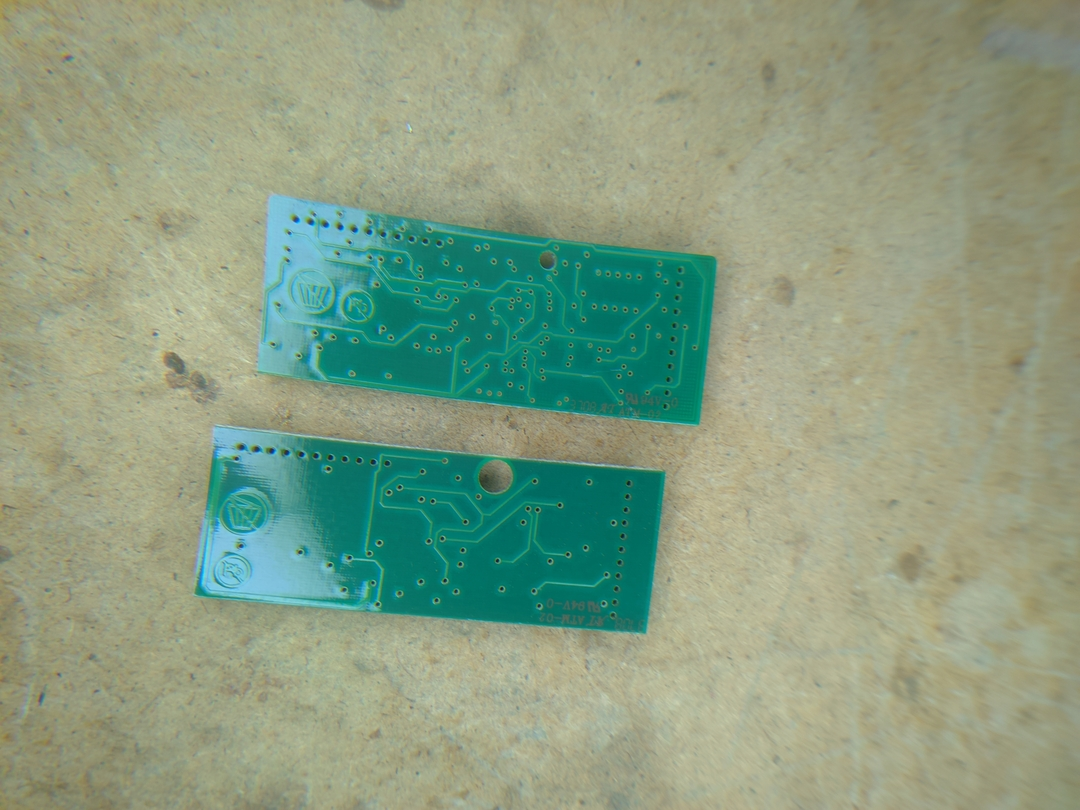 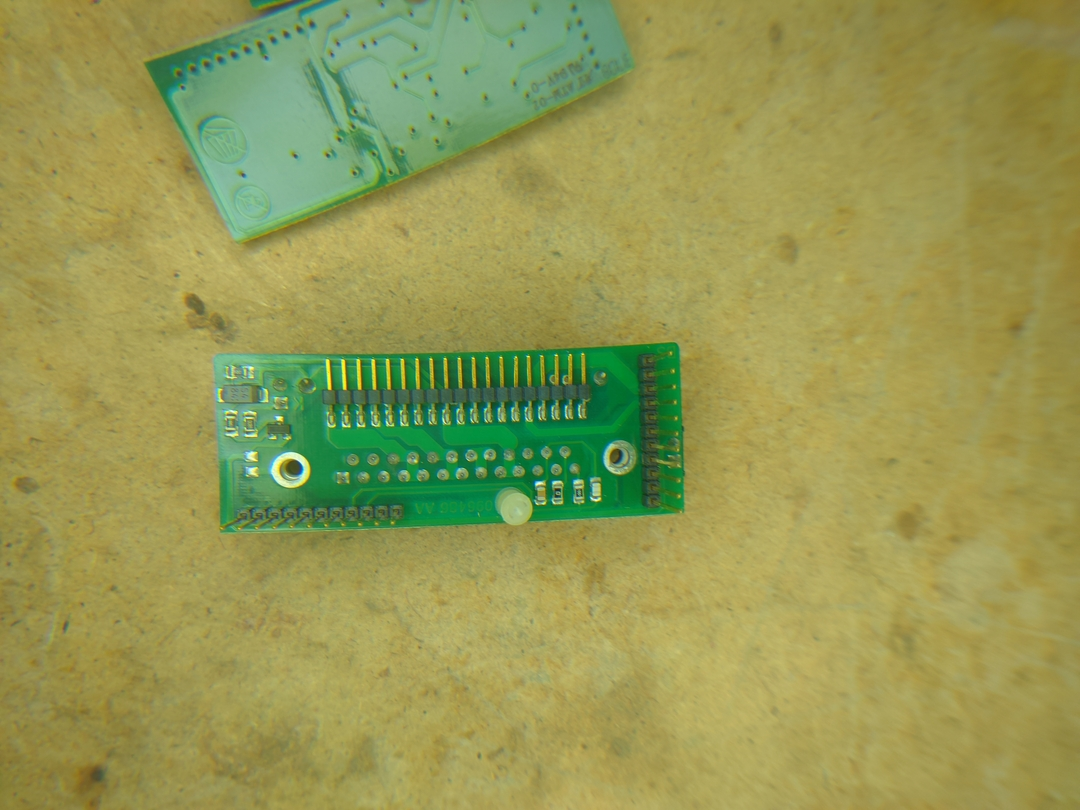 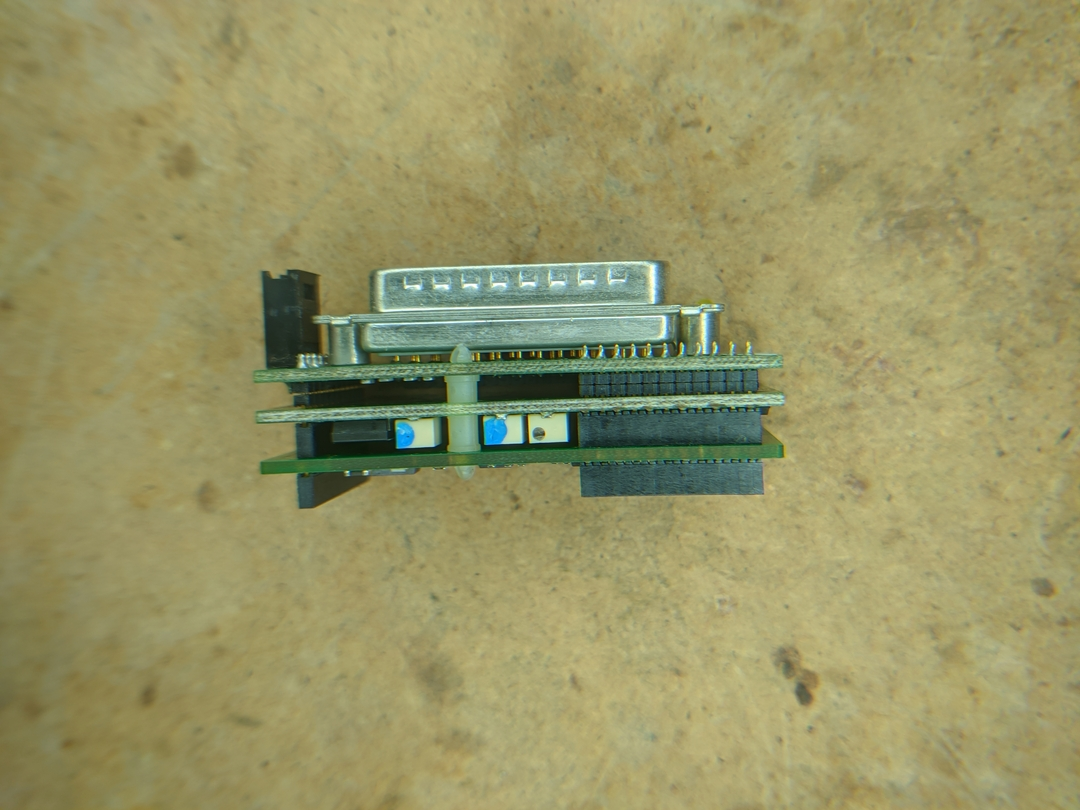 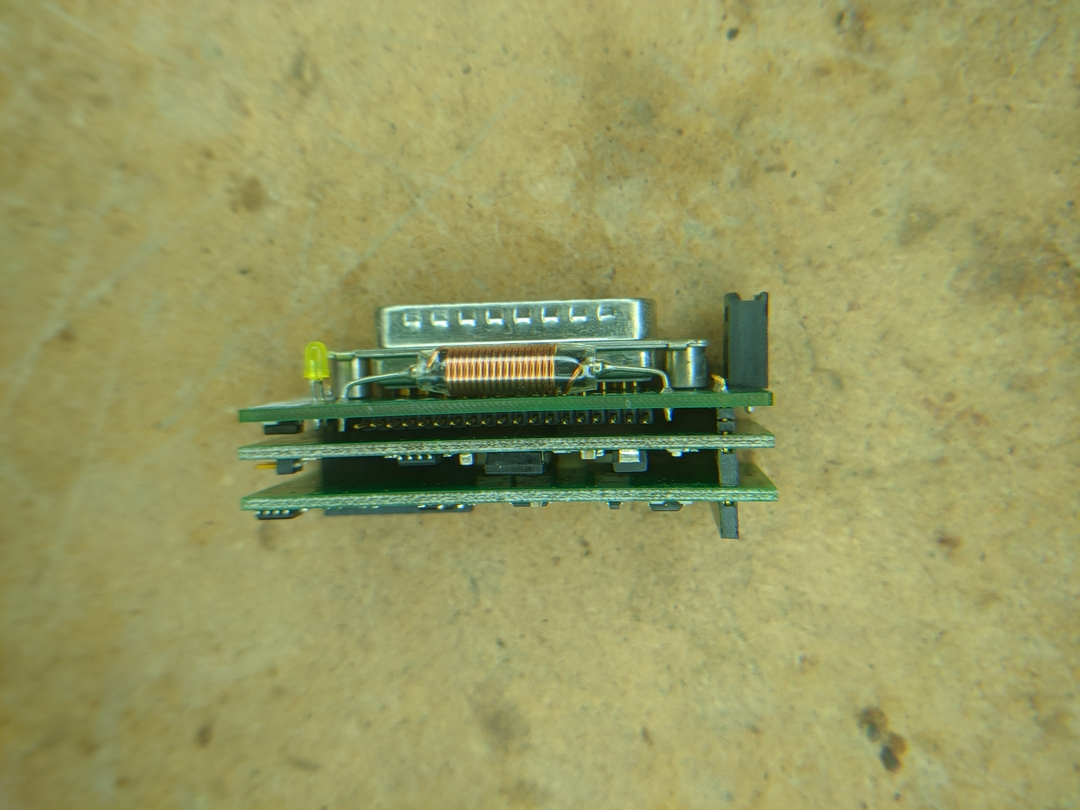